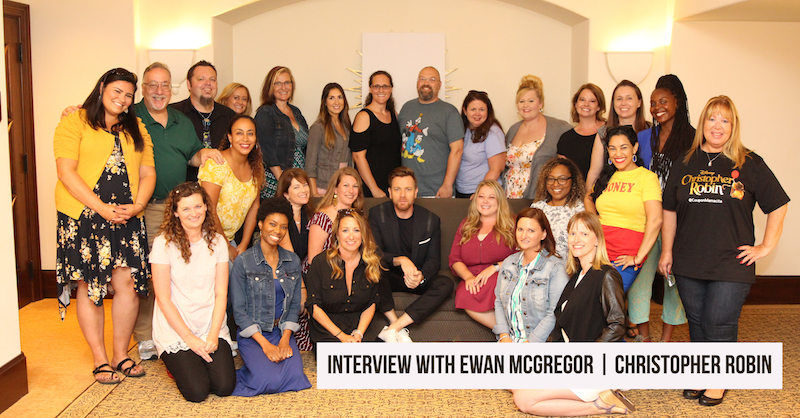 For adults, Christopher Robin is a movie with morals, emotions, and lessons that take a while to ponder. However, for kids, it’s just a fun movie with lovable characters who learn what life-long friendship is all about. In the movie, one of the most important lessons that Robin teaches the audience is about the beauty of freedom within childhood, and learning how to get back to simplicity in life without worrying about what others think.

Scottish Actor Ewan McGregor embodies Christopher Robin in the film. He magnificently transforms into the adult version of Pooh’s childhood friend Christopher Robin. I love how Marc Forster, the director, chose to make the movie about an aspect of the Winnie The Pooh story that the books left to our imagination. Sharing the story from the perspective of Robin as an adult, keeps parents interested as well as those who loved the Pooh stories in their youth. The movie gives them a chance to understand how pooh’s childhood wisdom is still relevant in our adult lives today. 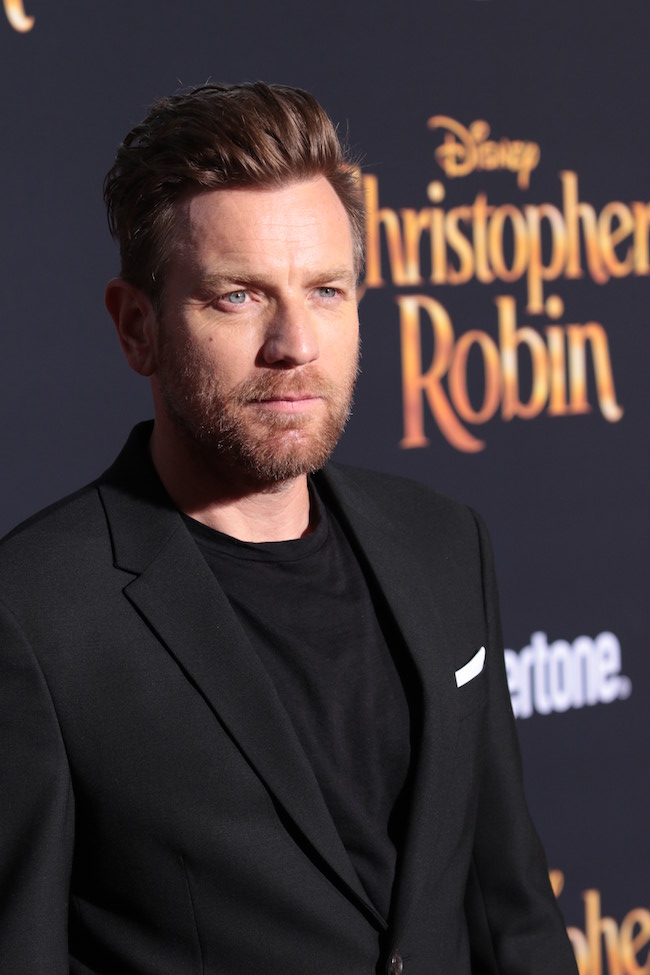 I believe to embody a role an actor must put their mind, body and soul into the performance, and Ewan did just that. Having the unique opportunity to interview Ewan McGregor and ask him questions about the movie helped me understand why his performance as Christopher Robin was so believable. 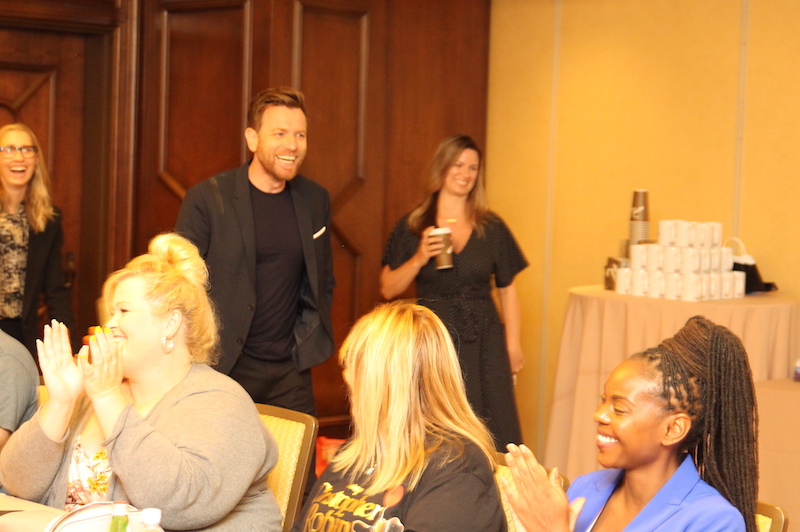 Mentally, Ewan McGregor embodies Christopher Robin by relying on his own personal life experience to help him bring the character to life. By doing so, he was compelling and relatable. In the movie, Christopher Robin is consumed by work so much so that he seems to put it before his wife and daughter. McGregor who describes himself as a hands-on father, shared some personal stories about how the film helped him understand the relationship that his mother had with her dad. He stated ” . . . I don’t know that there was closeness, you know, she’s seen me with my daughters and she made a remark upon it once or twice, [on] how different it is, how close we are now with our children. And how . . . then men weren’t” (McGregor, 2018).

The film also gave Ewan insight into his own father who was born in 1941, which was around the same time the characters daughter (Madeline) in the movie was born. He mentioned to us in the interview that, “Christopher Robin goes off to war and comes back and she’s about six or seven so she’s probably the same age as my father . . . And so his relationship with his dad was probably really quite like that.” The portrayal of how dads interacted with their children back then was in direct contrast with how some dads are very interactive with their children today. “They would go to work and come home and the wife was looking after the kids and they probably wouldn’t be very close to your children, it made me think a lot about my dad” (McGregor, 2018). In the movie, the importance of fatherhood is a theme interwoven throughout the film. It is Pooh that helps Christopher Robin find perspective about that role. McGregor connection to the storyline gives him insight that is immediately displayed on screen.

Physically, Ewan really transformed his contemporary look into a 1940s soldier and British worker. In person, Ewan looks young and dapper, but in the movie his hair was longer, which made him look older. Overall, the casting was great because I could really imagine that Ewan’s adult portrayal of Christopher Robin was accurate. His blue eyes were also very reminiscent of the blue eyes that Christopher Robin had in the drawings in Winnie the Pooh books.

Apparently Ewan also thought he was perfect for the role, in fact he told us, “When I read the script, I felt like I knew him, I just knew him. . . I felt like it was just the right part for me to play at this point, in this time. And then felt like I absolutely knew what I wanted to do with him.” (McGregor, 2018)

The best part of seeing Ewan McGregor in person was hearing him talk about about how he felt about the movies impact today. Emotionally, Ewan McGregor embodies Christopher Robin by tapping into his personal life as a father of daughters. It also appears that he really connected with his role by seeing the deeper message that was conveyed. He shared, “I think it’s just about connection isn’t it, it’s about being available to each other and being there, being present. And, you know, through one reason or another, Christopher Robin is sort of not present at home. (McGregor, 2018.) Thinking of people who were living in the 1940s in his family, Ewan brought a sense of empathy to the movie that was realistic and convincing.

I also loved how he talked so positively about his co-stars. Regarding Bronte Carmichael, who played his daughter in the movie, he said “She’s not like a little starlet . . . she hasn’t got any pretensions at all, she’s lovely.” Regarding Pooh Ewan shared, “I think Pooh is the one I spent the most time with. And he’s definitely my guy, you know. Like my little side kick . . . he’s very wise . . .” (McGregor, 2018) 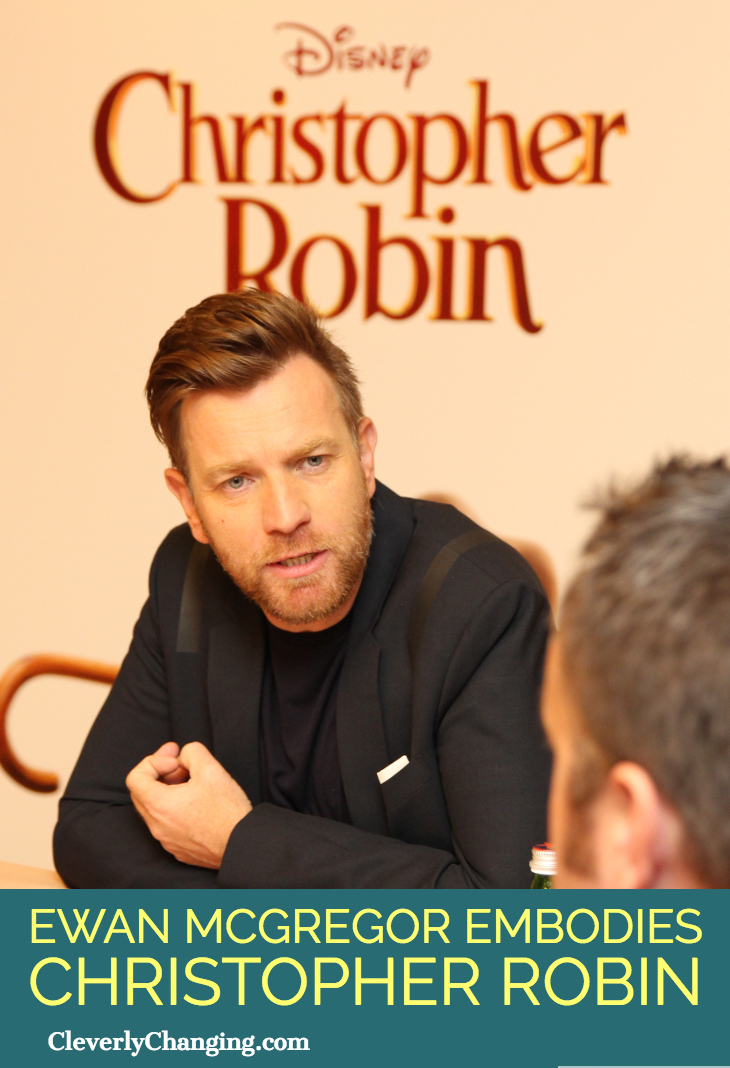 Are You Helping Your Kids Unplug?

Occasionally, I have to disconnect and unplug. The ...