The Vision Behind Christopher Robin Paralleled the Life of Marc Forster

Seeing a dad with his daughter, listening to her and taking the time to explain life to her, is a perfect picture in my mind. My husband is a dad to two girls and when Marc Forster told us in an interview that he directed Christopher Robin after a conversation he had with his daughter, I knew that it would be a hit movie. Frankly, when we do something with our kids in mind, we tend to do our very best because our little miniature selves are highly critical. So we want to impress our children and Marc Forster does just that with the making of Christopher Robin. It’s a movie that he is proud of making. 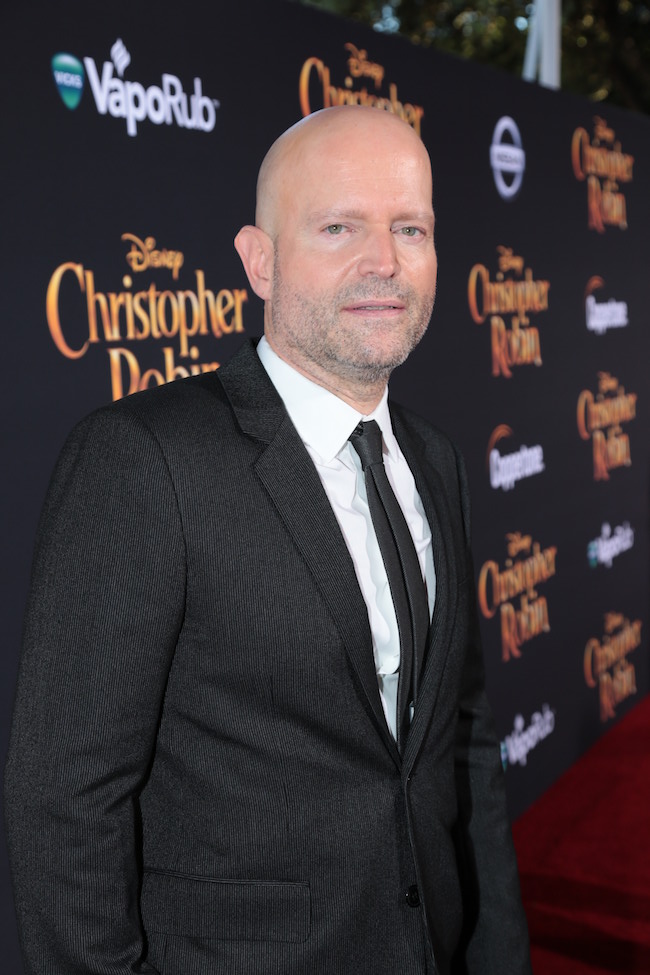 So how did Marc even get started making this film?

Marc told us, “I was in a plane with my daughter and we were flying to go on a vacation and she’s watching an iPad, and a Pooh cartoon [came on] and . . . she suddenly turned to me and said, hey, can’t you make a movie for kids once . . . She was six at the time and I said, yeah, why don’t we do Pooh, I said jokingly . . . And then ultimately, I [got] started, I came back and you know, all the stars aligned. And three years later, we made Pooh.”

In the movie Christopher Robin, Robin grows up to have a daughter. The other bloggers and I were wondering if this was just a coincidence. It turns out that his response melted my heart as a mom. In fact,  you could immediately tell that this hard-working dad loves what he does, but would also love to spend more quality time with his daughter too. 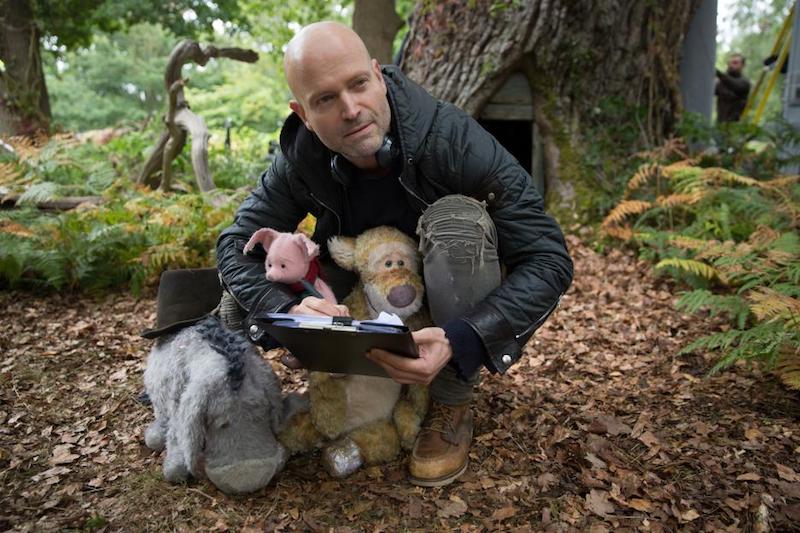 Was the choice for Christopher Robin to have a daughter instead of a son influenced by your conversation with your daughter?

He shared, “Yeah, indirectly.  It’s sort of life imitates art or art imitates life [LAUGHS].  It’s like, especially [the] last few months [when] she said I never see you.  I said, yes, because I have to finish a movie . . .” 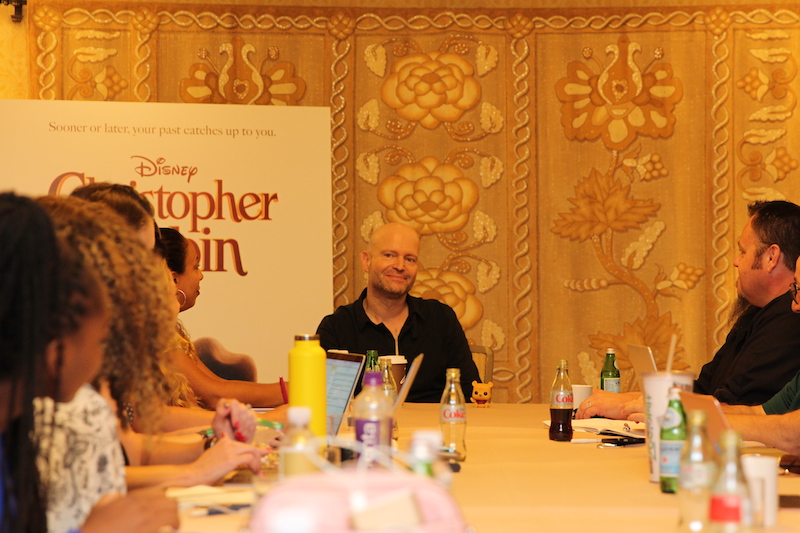 Remember, Marc discussed making the film after having a conversation with his daughter while on vacation, well not only did Pooh become the main subject matter of the movie, the whole idea about being on a family vacation made it into the movie as well.

For instance, Marc was asked, “Did you have any challenges to make sure everything was historically correct?”

He replied, yeah . . . we did a lot of research . . . going back to the mid Twenties when . . . Pooh was created and Chris Robin played with him and then pick up the movie basically when he . . . gets sent to boarding school, and then the film ends sort of like at post-war nineteen forty-nine and the interesting thing is also just [as] in the early Fifties [it] was actually a time in England, [when] people suddenly had paid vacation.

Just hearing how Marc brought his vision into fruition with his daughter on his mind makes the movie Christopher Robin even more special. See the culmination of his vision now playing in theaters across the nation. 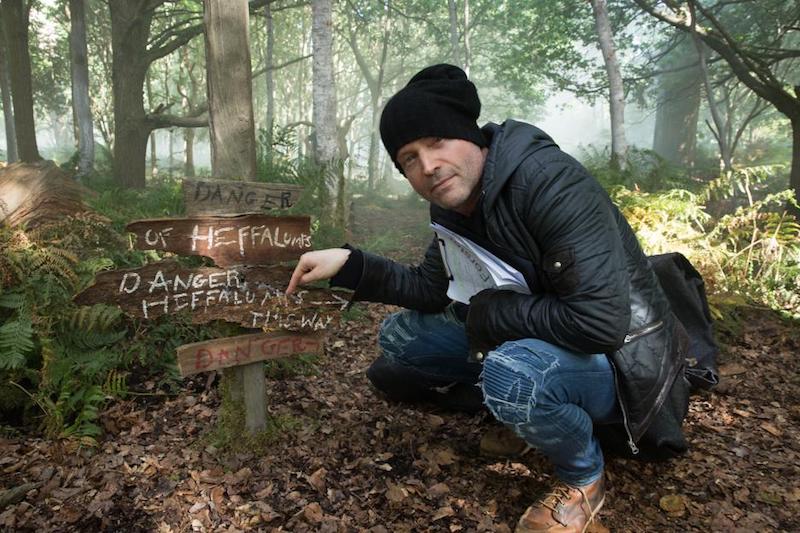 Also check out my other posts about Disney’s Christopher Robin

Did you enjoy this interview? Then please save the pin for later. 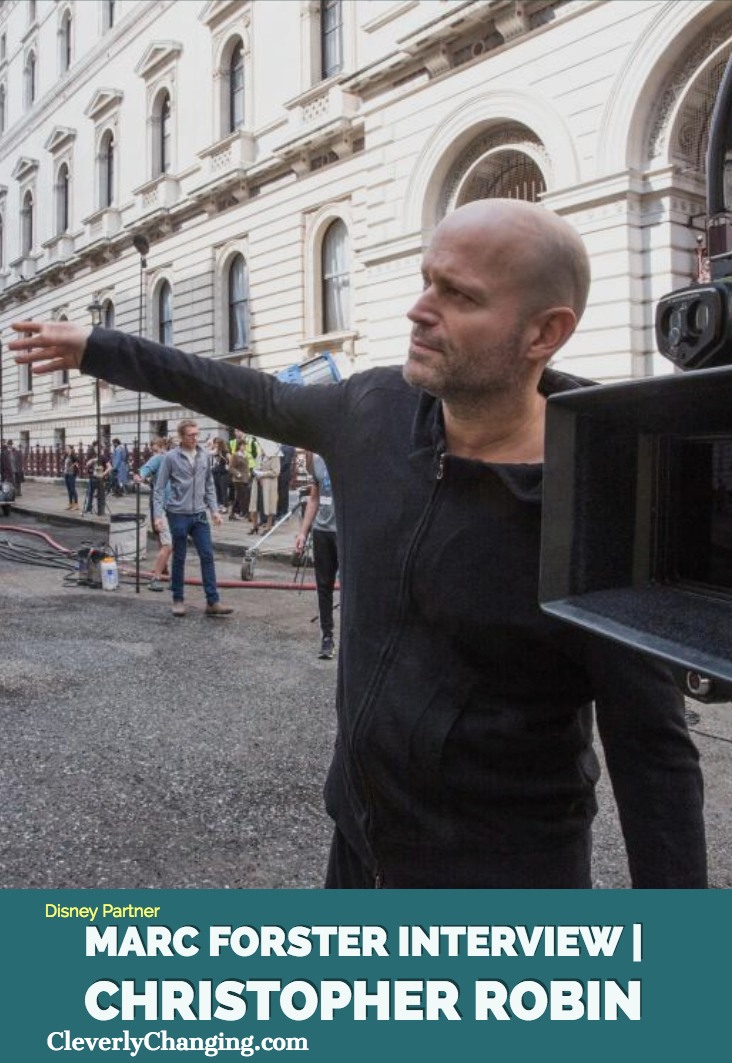