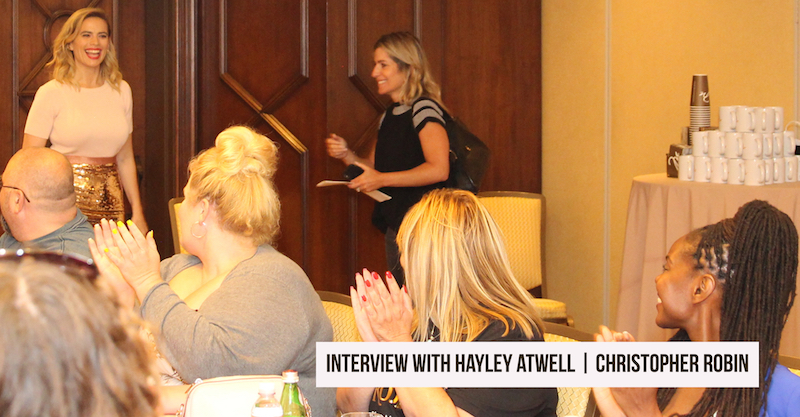 In person, Hayley Atwell is like glitter. No, really, everyone thinks glitter is beautiful and it just makes you smile and feel pretty; well, that’s exactly how Hayley Atwell is when you meet her. Her personality is huge, gregarious, fun, and witty. I can totally imagine Hayley acting in a comedic role. 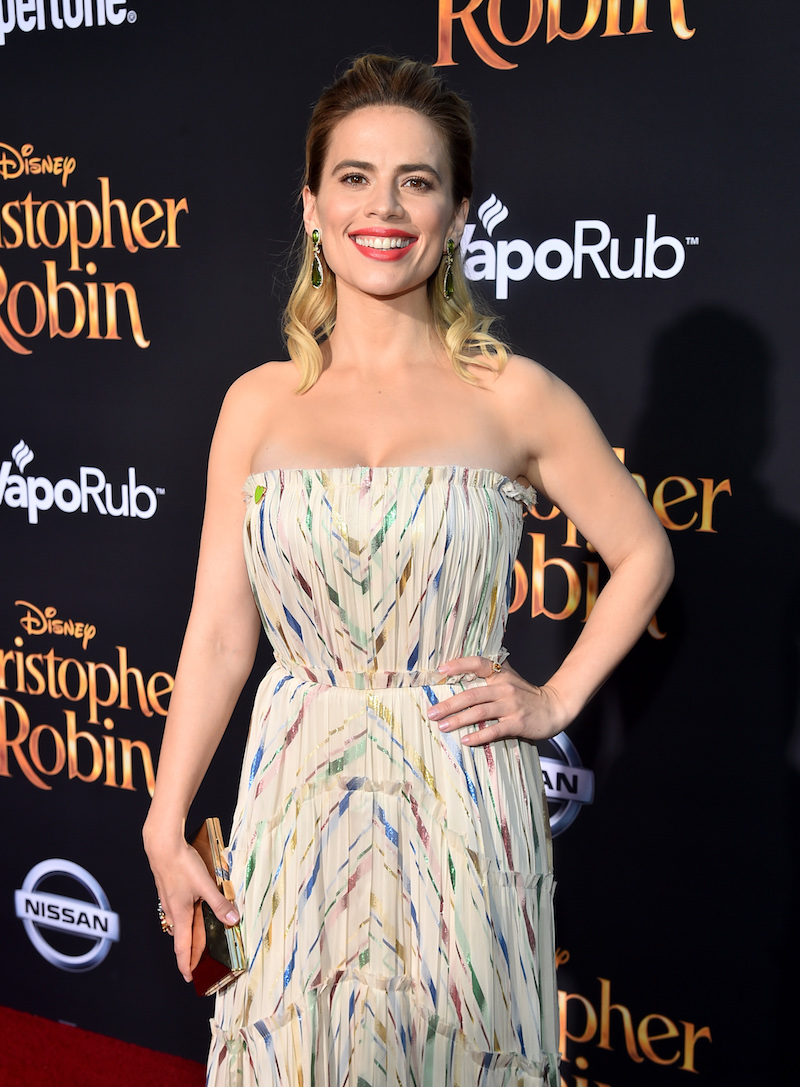 In the movie Christopher Robin, Hayley is a typical hard-working mother. She shows concern for her husband who doesn’t seem to understand that he is neglecting her and their daughter for his job. She appears to be the typical submissive 1940s wife, which just shows her amazing acting prowess because she appears so confident and self-assured in real life. Although Evelyn is submissive and supportive, she is not passive. 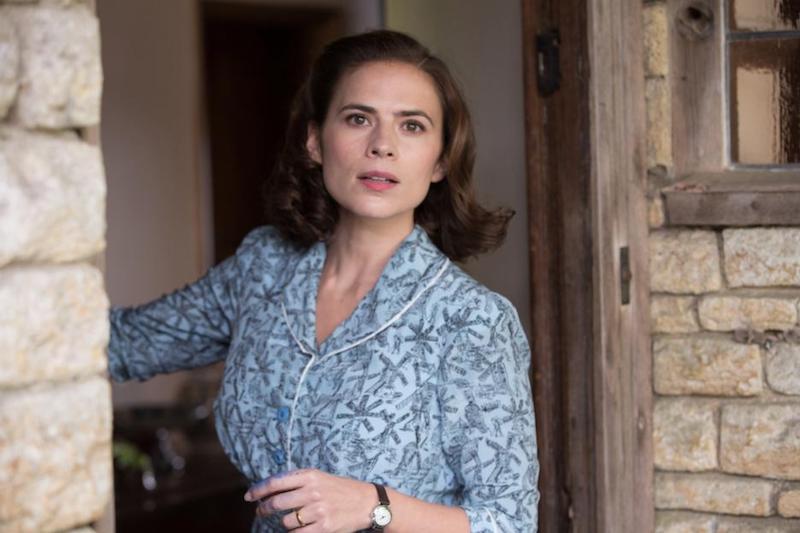 When asked where did she pull from to play Evelyn Hayley stated. “Well I have a strong mother and I have strong women in my life. One of them is my auntie  . . . [who’s] my father’s sister and I think it’s from those experiences of being with older women who set the way . . . [they are] the calm kind of voice of reason and strength but [there is also] a gentleness that comes with that  . . . [Evelyn’s character is not . . . not passive. She doesn’t kind of sit there, you know, allowing things to happen but she also doesn’t attack him for it. I think she’s aware of the complexities of his situation and also being heartbroken about the effects it’s having on her daughter . . . And I think for me that was a very emotionally intelligent character choice to make and one that was much more realistic. I think that’s what parents have to do and have to struggle with.” 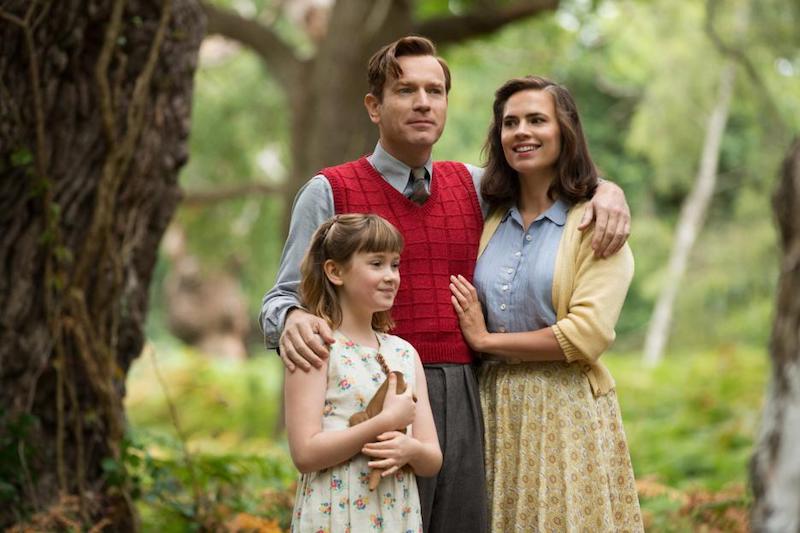 You talked about Pooh being iconic. How did you feel about taking on role of someone iconic?

HAYLEY:    Well, I think there wasn’t any pressure because Evelyn’s not in the books and so this was a new character. I wasn’t having to create something that was already well know.

Hayley was so lively when we met her and in the movie she was really calm and demure.  She seems like she is very different from the 1940s character she played in character.  Hayley really played a strong, attentive, and caring mother.

What kind of pranks did you play?

HAYLEY:    Well . . . l it wasn’t so much of a prank. There was a moment where Mark Foster was saying in a small picnic scene and I knew a lot of the dialogue wouldn’t be used. I knew the scene was more of establishing shots and he said, you know, talk to the animals. I said well I’m not gonna really give him much back. I don’t know how to improvise with stuffed animals but I ended up kind of going on a bit of a rampage talking to Kanga and going ‘Kanga, I just wanna say like kudos for you for being a single parent here. I was like you’ve done a great job with Roo and I was also going like where is Roo’s dad in all of this actually, [but ] I don’t think that’s gonna make it in. It’s an interesting spin.

HAYLEY:    I remember kind of offering Owl a sandwich and then the voice saying oh, no thank you I’m free and I go oh, you’re gluten free. That probably wasn’t a concept in the 1940s that people knew about.

It appears that the entire cast really had lots of fun on set and truly used their wit and charm to bring the characters they played to life on screen. Definitely, get a ticket to a theater near you so you can see Hayley’s performance in person. 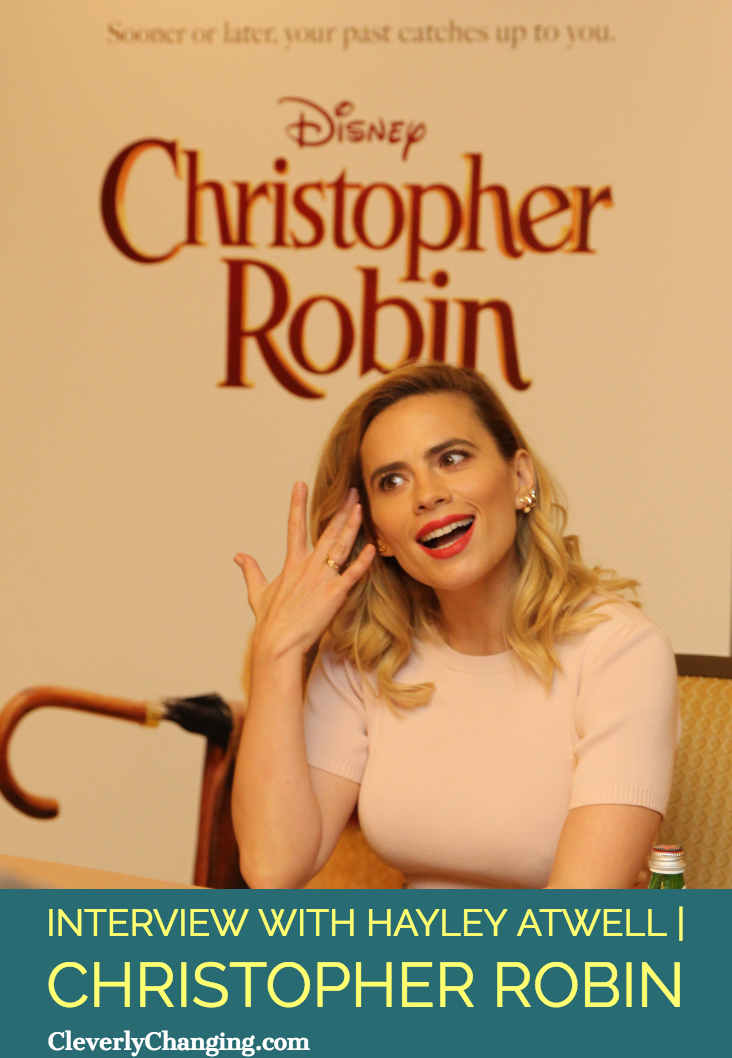