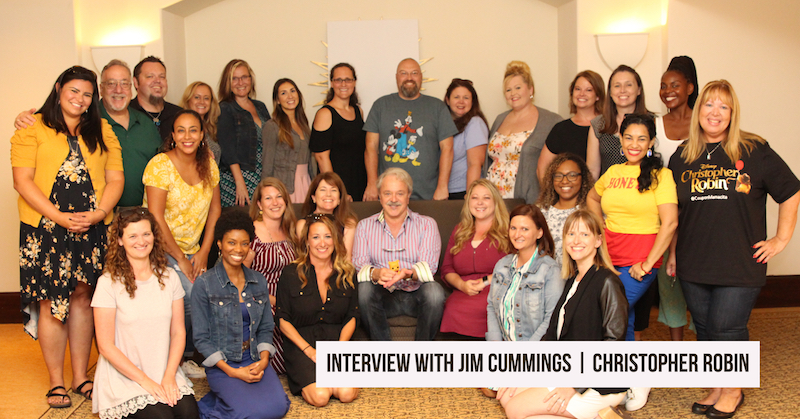 Voice Actor Jim Cummings is Winnie the Pooh and Tigger Too

Growing up I always wished I could sing. I wanted my talents to be easily appreciated and identified by others. Fortunately, I have finally accepted that my talents are in other areas like helping others and writing. Thus as a parent I am keenly aware that some of my children’s talents may be unusual. I can just imagine being one of Jim Cummings family members and hearing my kid make impressions of other people. I probably would not have recognized his talents immediately. So this interview helped be aware that people’s talents can be very unusual.

As soon as a person meets Jim Cummings it’s obvious that his talent is different, he is a voice actor. If a young person makes silly or unusual voices I’m sure that would be considered the class clown or annoying. I’m also sure that their talent may go underappreciated among others.

Jim Cummings was asked  Did you do a lot of impressions and imitations when you were a kid?

JC   :    Oh, yeah, I was very annoying . . . just hated me and I, I cringe when I think of it. You know, like my God, rest her soul my Aunt Grace, for all the world, she just sounded like she was a boxer. [then he did an impression of his aunt and we all erupted with laughter]. 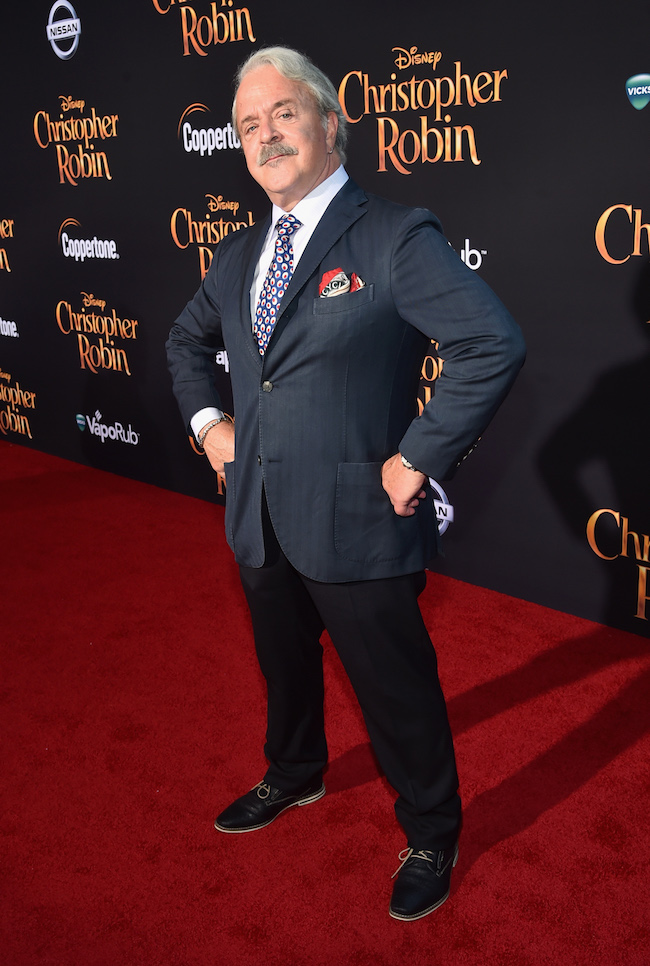 Laughter is like medicine, and Jim Cummings is the one to deliver the healing salve. Frankly, there is truly something amazing about meeting the person who lends their voice to your favorite characters.

The voice of Pooh is distinct and comforting, it’s also soft and compassionate; while the voice of Tigger is bubbly and comical. The best part of interviewing Jim Cummings was hearing how effortlessly he voiced Pooh and switched back and forth between both characters. 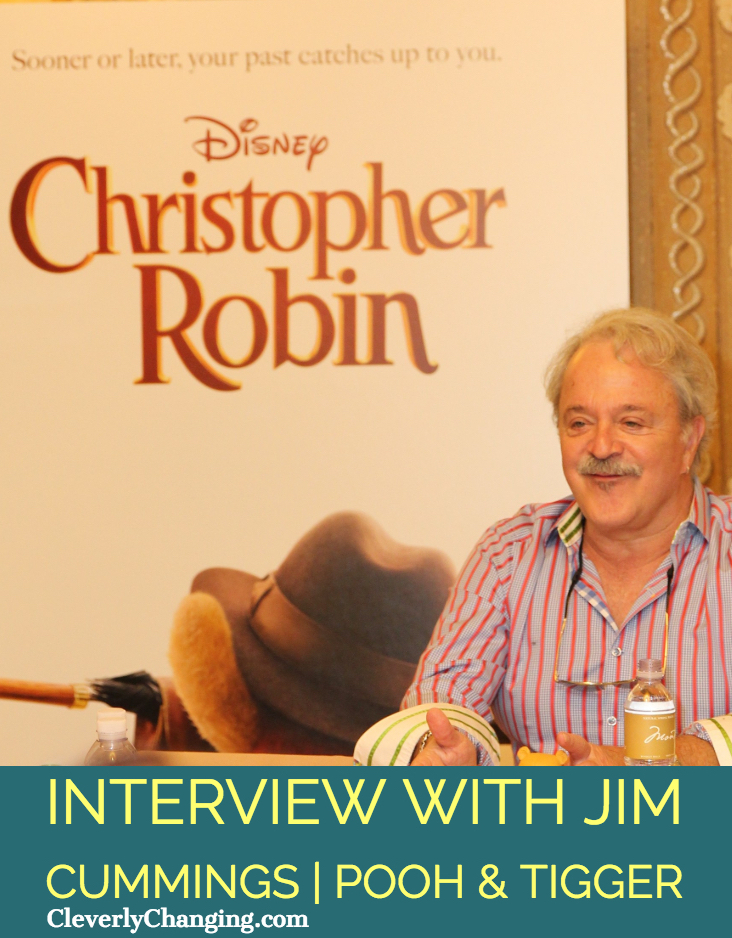 Some of my favorite lines from Pooh are:

Jim answered our questions with true comedy. He is was the voice actor for both Winnie the Pooh and Tigger. He kept us laughing out loud throughout the interview.

Here are a few of my, “How lucky I am to have something that makes saying goodbye so hard.” —Winnie-the-Pooh favorites Pooh Quotes, but Jim Cummings had a favorite as well.

‘You’re the Best Bear in All the World,’ said Christopher Robin soothingly.
‘Am I?’ said Pooh hopefully. —Winnie-the-Pooh

Q – Do you have a favorite Pooh quote that you’ve said over the years?

Q – How difficult is it for you to switch voices from Winnie the Pooh to Tigger?

Q – You’ve done so many characters, how do you come up with each of those voices?

JC   :    Well, you know, I sculpt it . . . I always think of it as sculpting like, you know, Pooh and Tigger were established a long, long time ago. [He also told us that you really have the character down when you can sneeze or stay in character with their bodily functions]. 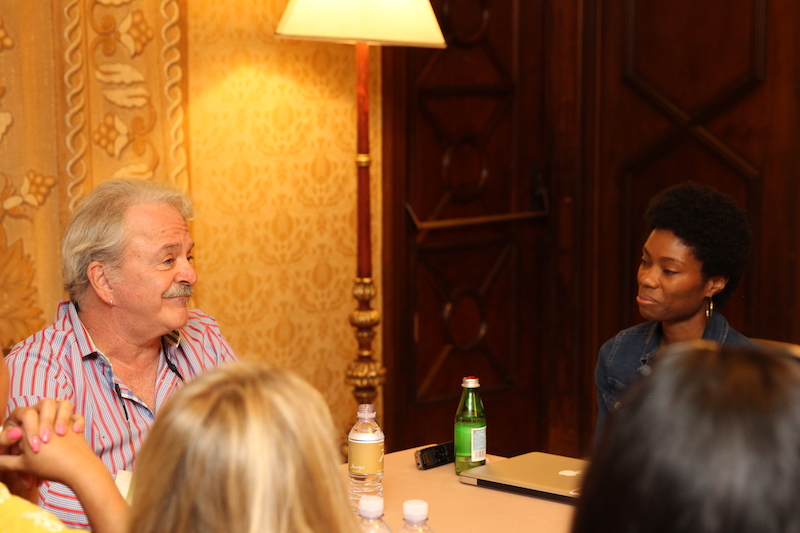 Jim Cummings has definitely gained a new forever fan when he took out his cellphone to show us his daughter and tell us how much she loved Princess Tianna. As a mother who loves and adores her own children, I immediately melted with joy.

Q – How does it feel to bring Winnie the Pooh to life again?

If you have a child interested in becoming a voice actor, here is some sage wisdom from Jim himself.

Q – For a young person who may want to follow in your footsteps, what advice would you give them?

JC   :    Do impressions of my Aunt Grace, obviously. Or theirs, if they have their own Aunt Grace. But, no, I was you know I’d be sitting in the back doing dolphin noises, ‘we don’t have dolphins here . . . Mr. Cummings.’ They do now, but no just be in place, I was always in place. And, I always . . . did impressions. 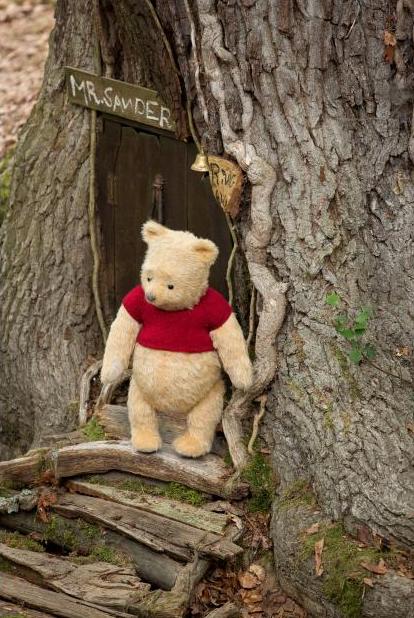 Jim Cummings is truly fascinating. He is excellent at his craft. If you’re not family with his work (ie., he also was the voice of Dark Wing Duck, a character I loved as a kid). Definitely take your families to see Christopher Robin and hear Jim Cummings who really brings two of our favorite characters to life. 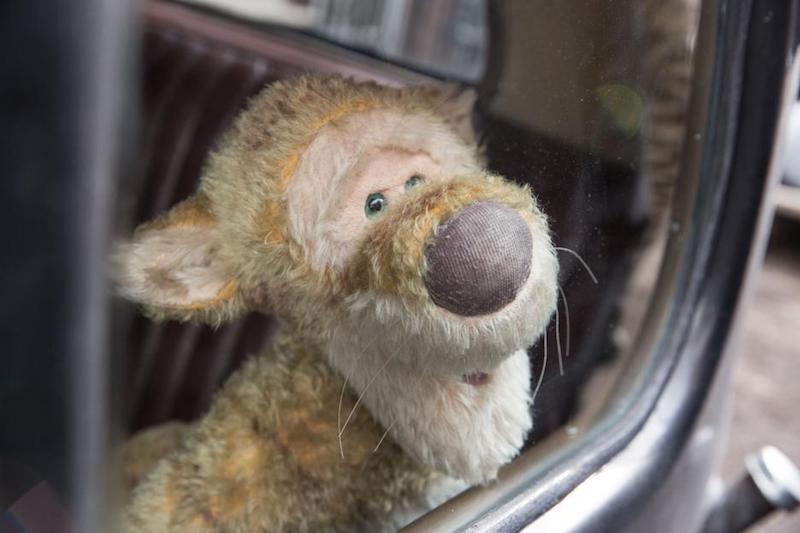