I never thought I’d say this. Really, I’m even shocking myself with this one, but I can relate to Ralph. Ralph who? Ralph, from Wreck-It Ralph.  So much about him is misunderstood. He is big, strong, sensitive, and curious. I’d also use those same adjectives to describe myself. When I first saw Wreck it Ralph, I fell in love with the movie because I could see many parallels between myself and Ralph and Vanellope’s journey. It’s no surprise that I was thrilled to be invited to Disney to see the premiere of the awesome movie Christopher Robin, but one of the movies that spoke to my core the most was Ralph Breaks the Internet. Of course, I haven’t seen it yet, but just having the privilege and ability to see the behind the scenes look at how the movie was made makes me anticipate the release of the movie on November 21st even more.

You see, I feel that I’m on a similar journey that Ralph and Venellope were on in the game. I’m trying to navigate through motherhood, homeschooling, entrepreneurship and being a wife, I never have all of the answers. So I love how Ralph and Vanellope are cultivating themselves by supporting each other on their journey. I feel like my husband is a similar support system for me. In fact, we are on the journey in this game called LIFE together.

While at Disney Animation Studios I had an Ah-Ha moment. I realized, what’s really incredible about Disney is that when they create movies like Ralph Breaks the Internet it’s not just the perfect movie for families to watch together, but it’s so much more. Disney movies are standing the test of time because they have the ability to touch multiple generations from where they are in life. When you take your kid to see a Disney film like Ralph Breaks the Internet your child is guaranteed to be entertained, but everyone else in the theater is as well: mom, dad, brother, sister, grandpa, grandma, uncle, aunt, niece, nephew etc. Disney movies know how to connect with individuals. 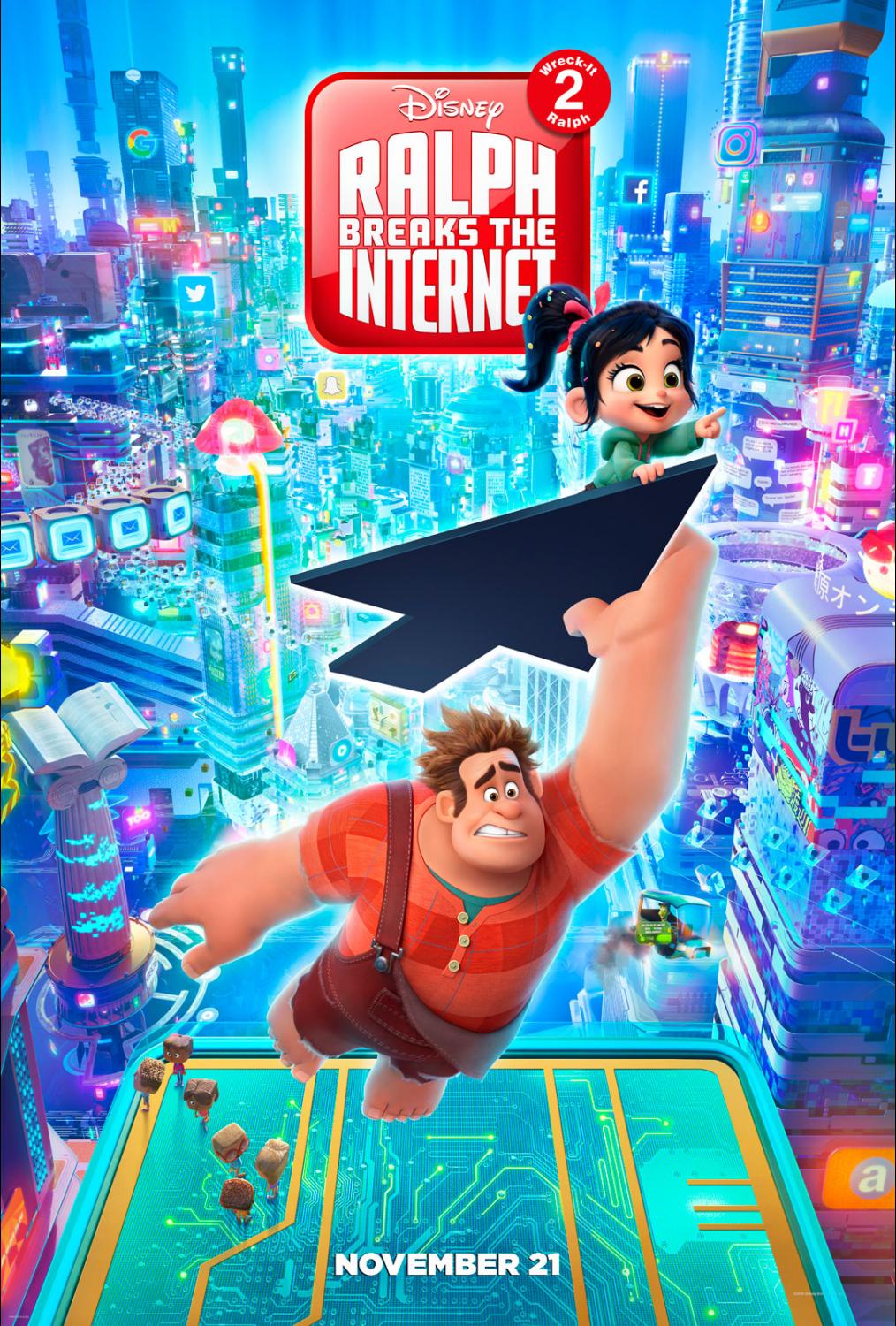 It’s Back and the Sequel, Ralph Breaks the Internet is Going To Wow You

So, even though the movie Wreck it Ralph was released almost 10 years ago, the characters still bring back fond memories because they connect with their audience on a personal level fantastically.

Frankly, not many other movie companies can drum up so much excitement about the release of a sequel so many years later better than Disney, and I have the 4-11 to report that this sequel is going to be even more fantastic than we could have ever imagined.

Baltimore’s own Taraji P. Hensen is going to be in the movie. She plays Yesss, a fly, foxy, entrepreneur who is very tech savvy.

One of the directors describes her as “an algorithm, she is the heart and soul and we try to make a cycle of Buzztube, when you think of it think Buzzfeed meets YouTube. If it’s cool, trendy, and now, YESSS has discovered it and she’s sharing it with the whole world. She will be a very important character to Ralph and Vanellope on their journey through the Internet.”

Undoubtedly, I believe this movie is going to redefine how you understand the internet and social media.

In order to research the internet as a tangible tool in our lives, the directors did tons of research and even visited the place (1 Wilshire Blvd in Downtown Los Angeles) where the wired connections are stored within our country. Here’s the insight shared with us,

“the incredible thing about this building is that it houses all of the connections for any and all Internet communications for all of North America. We were careful not to touch any wires. On the inside, there are miles and miles of wires and thousands of servers that connect the world. It connects the entire West Coast of North America to the Internet. That building is just wires and boxes, but it . . . [inspired] our version of what the Internet might look like. 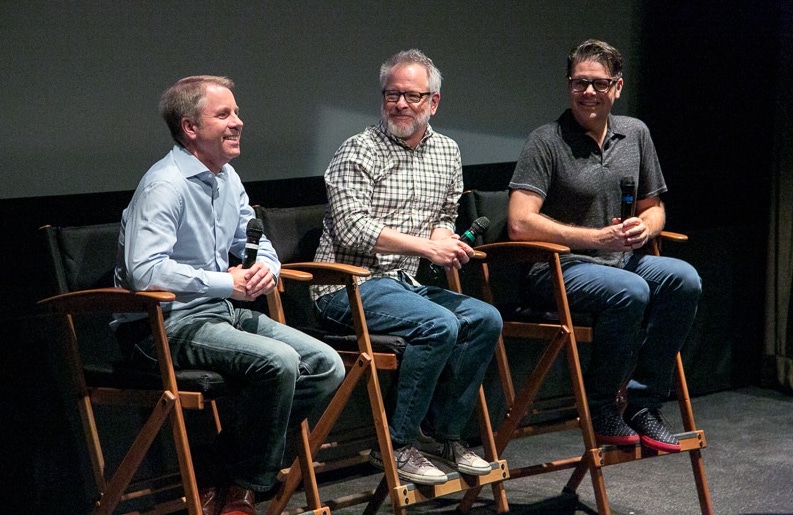 During the interview, we learned that the directors started discussing a sequel almost immediately.

They even made a conscious decision to show both positive and negativity as it relates to being online. For example, during the conversation, one director stated, “We definitely made a decision early on that we wanted to show both the good and bad, the duality of the Internet. We didn’t want to just portray it as fun and great, like Zootopia, we wanted that world to feel like there are good things and bad things. There is nothing 100% good, or bad.”

Summary of RALPH BREAKS THE INTERNET

In RALPH BREAKS THE INTERNET, video-game bad guy Ralph (voice of John C. Reilly) and best friend Vanellope von Schweetz (voice of Sarah Silverman) leave the comforts of Litwak’s arcade in an attempt to save her game, Sugar Rush. Their quest takes them to the vast, uncharted world of the internet where they rely on the citizens of the internet—the Netizens—to help navigate their way. Lending a virtual hand are Yesss (voice of Taraji P. Henson), the head algorithm and the heart and soul of the trend-making site “BuzzzTube,” and Shank (voice of Gal Gadot), a tough-as-nails driver from a gritty online auto-racing game called Slaughter Race, a place Vanellope wholeheartedly embraces—so much so that Ralph worries he may lose the only friend he’s ever had. Directed by Rich Moore (“Zootopia,” “Wreck-It Ralph”) and Phil Johnston (co-writer “Wreck-It Ralph,” “Zootopia,” writer, “Cedar Rapids”), and produced by Clark Spencer (“Zootopia,” “Wreck-It Ralph,” “Bolt,” “Lilo & Stitch”), “Ralph Breaks the Internet” hits theaters on Nov. 21, 2018. 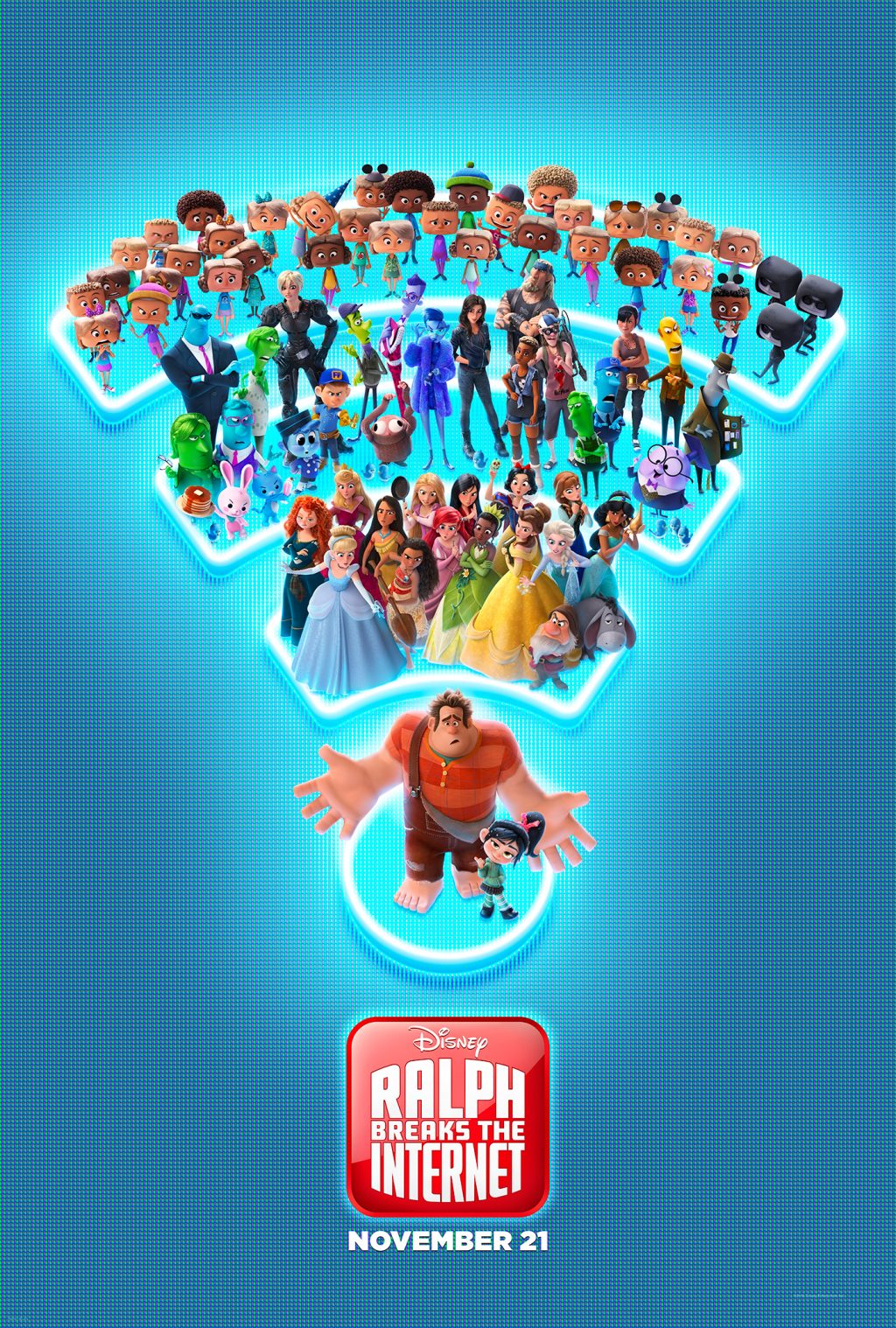 Over the next few months, I will be sharing details about the new movie. Be sure to visit my blog and share the posts with your friends.

Did you Love Wreck-It Ralph? Then Stay Connected and Up-to-date