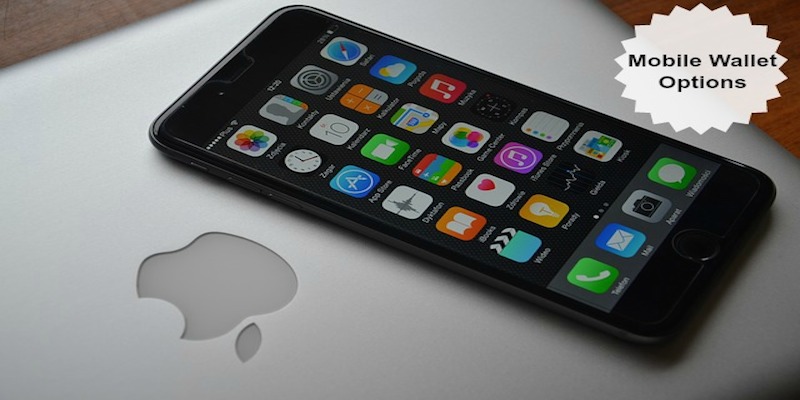 Mobile Wallets: What are your options?

In 2012, Carlisle & Gallagher Consulting Group predicted that within five years, half of today’s smartphone owners will already be comfortable using mobile wallets as their go-to choice for a payment method.

In 2013, Letstalkpayments.com reported that devices operating on NFC (Near Field Communication) technology were now on a roll. It was estimated that 50 percent of all smartphones to be launched in the market in 2015 will do so with NFC features. Now, with Apple Pay joining the fray, more and more consumers are taking mobile payments seriously. “Apple Pay will forever change the way all of us buy things,” Tim Cook, Apple’s Chief Executive Officer, said when they launched the payment service last October.

Of course, Apple isn’t the only notable brand offering its payment service to replace other credit card processing systems in the market. Google Wallet is another big player. With so many players bent on taking a huge slice out of the consumer market, it’s exciting to speculate about who are going to end up on the winning and losing end. This is the mobile payment of choice for a group of major retailers. Wal-Mart Stores Inc. is one of its members, along with Target Corp.. There’s also CVS Health Corp. and Best Buy Co. Inc. All these retailers have one thing in common: they want CurrentC to succeed because they don’t want to pay for the credit card processing fees that banks charge. Cutting out banks—the middlemen—from the equation allow them to keep hefty transactional charges off their books.

However, with the way CurrentC members shun competitor payment systems like Apple Pay, the future doesn’t look good. Apple’s following might be strong enough to turn the tide and sooner or later, one of CurrentC’s members will have to break away from the team. That or they risk alienating Apple Pay consumers. Not such a good idea, given how the economic sway these consumers have. By next year, all retailers must transfer to a more secure payment system. The timing is great for companies like Shopify offering POS terminals. Migration to another system means a lot of business coming their way. However, most point of sale companies target banks for this.

However, given that there are now mobile technologies that offer flexible payment solutions, all without the need to buy POS devices, things don’t look good for point of sale companies either. Yes, the shift to new POS machines might encourage a few sales. However, given that some POS systems are designed for just one payment method—for NFC-enabled smartphones or credit card swiping or even for online digital payments through handy payment apps—it’s understandable why retailers are wary and unsure whether to go for POS terminals or to just buy an iPad and convert that into their own handy POS terminal. It doesn’t seem to matter that the Apple Pay service is only compatible with the new iPhone 6. In this case, limited reach doesn’t translate to limited sway. The U.S. Bureau of Labor Statistics reported, based on results of a June comScore survey, that the median income of a U.S. iPhone owner is about $85,000, an amount that’s more than twice the median income for all U.S. full-time workers who earn $41,080. That kind of high-profile following, along with Apple’s emphasis on security, is one of the reasons why it continues to be ahead of its competition.

However, other than the .15 percent the company charges banks with for the security of the service it provides, Apple doesn’t bring in that much money from mobile payments. The main point, for the company, though, is to sell more phones. And features like Apple Pay are just one of the many reasons it gives consumers to keep on buying Apple products, especially iPhones.

The service launched in 2012 but has failed to make a lasting impression on consumers, most probably due to Google’s tendency to collect user data. The company is already planning to launch a new marketing campaign to promote visibility for the project. This company is in a position to become the main mobile payment system for Android users. Since over 50 percent of U.S. smartphones run on Android and 85 percent worldwide, PayPal has the potential to take their business to an entirely new level.

The technology is still a bit too young but as the public becomes more comfortable with mobile payment systems like Apple Pay, hopefully Bitcoin isn’t going to stand out that much anymore. Bitcoin will be easy to use with POS devices.

These are just six names in the mobile payment industry. If you’re now thinking about installing a winning payment system in your shop, one that combines seamless performance with convenience, you’re welcome to take your pick from any of the choices on the list.