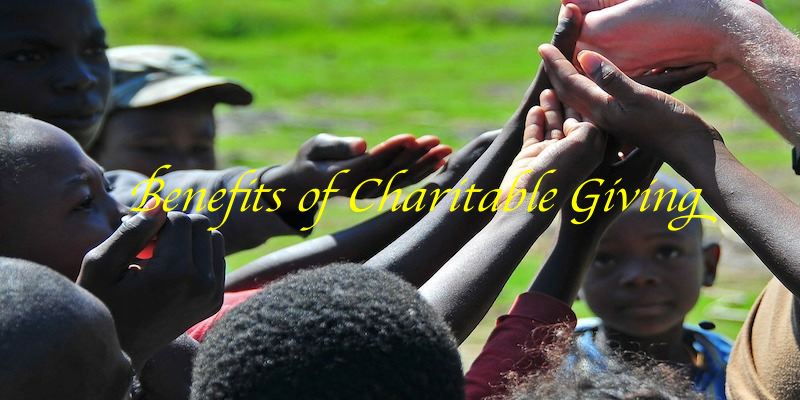 By
7 min read
In Inspirational Stories
0

One of the first things people do when they reach a certain level of success is look for ways to give back to their communities and to help others. The celebrity and mogul community is full of people who believe in charitable giving and share millions or even billions of dollars to help make the world a better place on what they hope will be a large-scale.

Meryl Streep and her husband have donated millions of dollars to support the arts. Sandra Bullock donated a million dollars to Doctors Without Borders (source: GivingBack.org). Chip Wilson, the founder and CEO of Lululemon, started Imagine 1 Day with his wife—a non-profit that is dedicated to educating teens in Ethiopia.

It’s easy to write off charitable giving as something that only people with lots of money can do. This is because the majority of the philanthropic stories we see online and in the news are about celebrities and moguls who are able to donate millions of dollars to large causes. We see these stories, look around at what suddenly feels like a secondhand life and think “I’ll never be able to give back, like I would like to;” however we can.

Forgive the bluntness, but: buck up. Just because you can’t give millions of dollars to build hospitals and schools in the third world doesn’t mean that you can’t help anybody ever or that you shouldn’t have to. Being cash poor does not exempt you from being charitable or helping others. In fact, being charitable and helping others when times are challenging is one of the best things you can do for yourself.

That’s right: by helping others you help yourself.

The Psychological Benefits of Philanthropy

According to “5 Ways Giving is Good for You,” giving to others makes us feel happier. The article cites a study performed at the National Institutes of Health that proved that, when subjects of the study gave to charity, the pleasure centers of their brain were activated, creating the effect of a “warm glow.” The researchers believe that, like exercising, helping others releases endorphins and can create what they called the “helper’s high.”

The Physical Benefits of Philanthropy

That same article also cited studies that proved that people who give to charity or spend time volunteering are physically healthier than those who don’t. This has been especially true in elderly research subjects. Elderly people who volunteered at two or more organizations saw a 44% bump in life expectancy even after the group was controlled for other lifestyle factors like smoking and other negative health issues.

In the past, we published a post that was about how donating your gently used clothing (and other household items) helps you and others. The primary benefit here isn’t just the aforementioned “helper’s high” but also a cleaned out and less cluttered home for you. You also benefit in the form of a tax deduction: you can deduct the cost of goods donated on your taxes each year (as well as any actual cash you send in to charities or non-profit organizations).

Through Cleverly Changing a portion of all proceeds received on this blog goes to help sponsor a child in Tanzania. If we can give back, you can too.

Being charitable and philanthropic can also help you form connections with other people who can help you in other ways. Some people have found new jobs via connections they made while volunteering. CEOs like Chip Wilson have found that the press from their philanthropy has built good will toward their companies and that good will then translated into increased sales and bigger profits for the company. Many entrepreneurs have found that philanthropy is a great marketing tool and goes a long way to repair damaged reputations.

So really: there are more reasons to get involved and to be charitable than there are to wait until times are better. Heck, being charitable could be what kick starts things so that, eventually, you can afford to donate just as much as Sandra Bullock…or Bono!