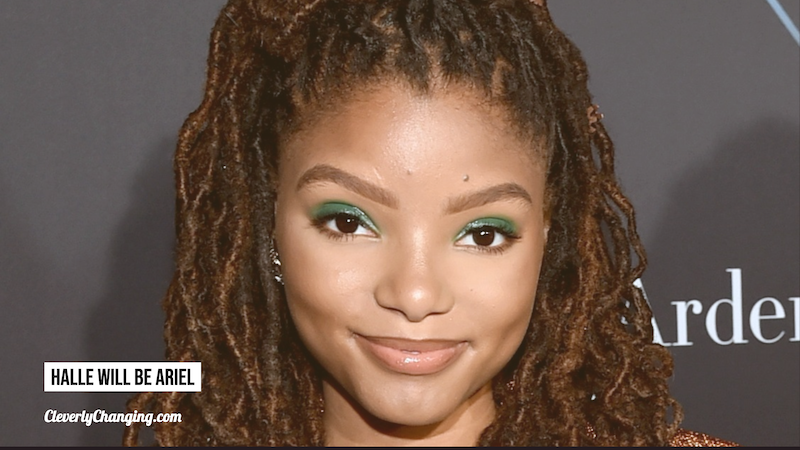 How are you feeling about Disney’s Ariel Announcement?

My daughters have never asked me to take them to Disney. I love Disney movies, amusement parks, rides, theater, and everything, but the long lines that Disney offers. Surprisingly, my kids have never asked me to take them to Disney. Even after several of our friends went. I think it’s because they didn’t see themselves in the characters. Sure there is Tiana from “Princess and the Frog,” but my husband and I watched that movie together and determined that when it entered theaters (our girls were only a year old then) and it was too scary for our twins so they haven’t seen it.

Disney World is a Magical Place

About 2 years ago, a group of our friends took a trip to Disney World and I was going to join them and take my daughters too. Honestly, I wanted them to be thrilled, but they weren’t. Therefore, I decided that a vacation to Disney would be more for me, who loves the music and magic that Disney brings. I’ve been to Disney World and it’s truly an amazing place. Like more parents, I want my kids to experience the best that our country has to offer and I think for kids, Disney is one of those places.

When I saw that Halle was cast as Ariel, it immediately brought a smile to my face. Finally, because I always watched Ariel as a kid and thought of myself. There have been other Ariel’s who are not gingers. I believe, all kids want to see themselves as Disney characters. In 2009, Tiana was the first and arguably the only black Disney Princess. As a fan of I was excited about Tiana. When I first went to Disney I looked for princesses whom I relate too. I’m so grateful, that more brown girls will be able to see themselves in another princess.

In my heart, I feel like Halle is just the character that girls like my daughters need to see. In my mind, it will ignite the magic of Disney for them.

I know Halle will do well, she was born a star! 🤩🤩🤩 “After an extensive search, it was abundantly clear that Halle possesses that rare combination of spirit, heart, youth, innocence, and substance — plus a glorious singing voice — all intrinsic qualities necessary to play this iconic role,” says Marshall.

The Big Announcement about Ariel

Production for the new Ariel is anticipated to begin in early 2020.
Halle Bailey was cast in the role of the iconic Ariel in Disney’s upcoming live-action reimagining of The Little Mermaid. “The film is directed by Rob Marshall and produced by Marshall, John DeLuca, Marc Platt, and Lin-Manuel Miranda. The film will feature beloved songs from the animated classic by Alan Menken and Howard Ashman, as well as new songs by Menken (music) and Miranda (lyrics).” from Walt Disney Studios.

I’d love for people to look at Halle’s repertoire before they cast her talent aside. She and her sister are two Youtube stars who absolutely wowed me. Fortunately, for Halle, she is really excellent at what she does. The performer will certainly shine on film, I have no doubt about it in my mind.

All in all, seeing Halle is inspiring to me as a woman with natural locs, I totally feel represented by her.

One of my favorite artist, Vashti Harrison, drew a picture depicting Ariel with Halle’s :